It’s no secret that we love a good theme and there are few better ways to creatively explore a themed event than a Mitzvah. It’s even better when the chosen theme is so perfectly curated for the guest-of-honor’s interests. We chose to host Palmer’s Bar Mitzvah at the Intercontinental, Downtown Los Angeles, because of its unique modern architectural details and its impressive contribution to the Downtown LA skyline. 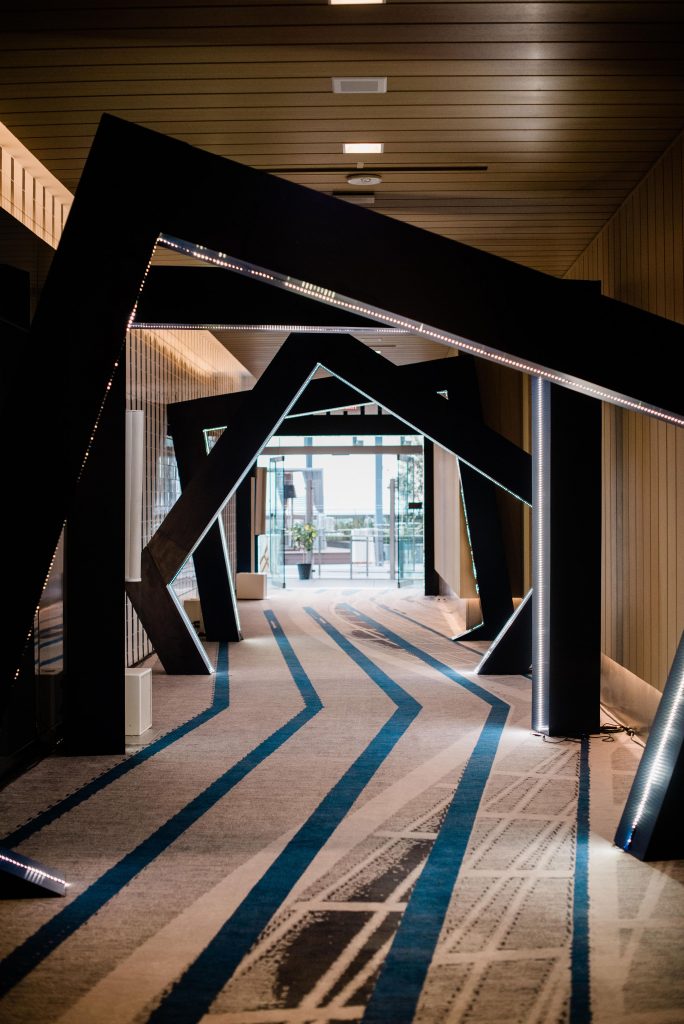 For an impactful guest entrance, we created a custom geometric tunnel entrance and piped in the music from Disneyland’s famed Space Mountain ride. 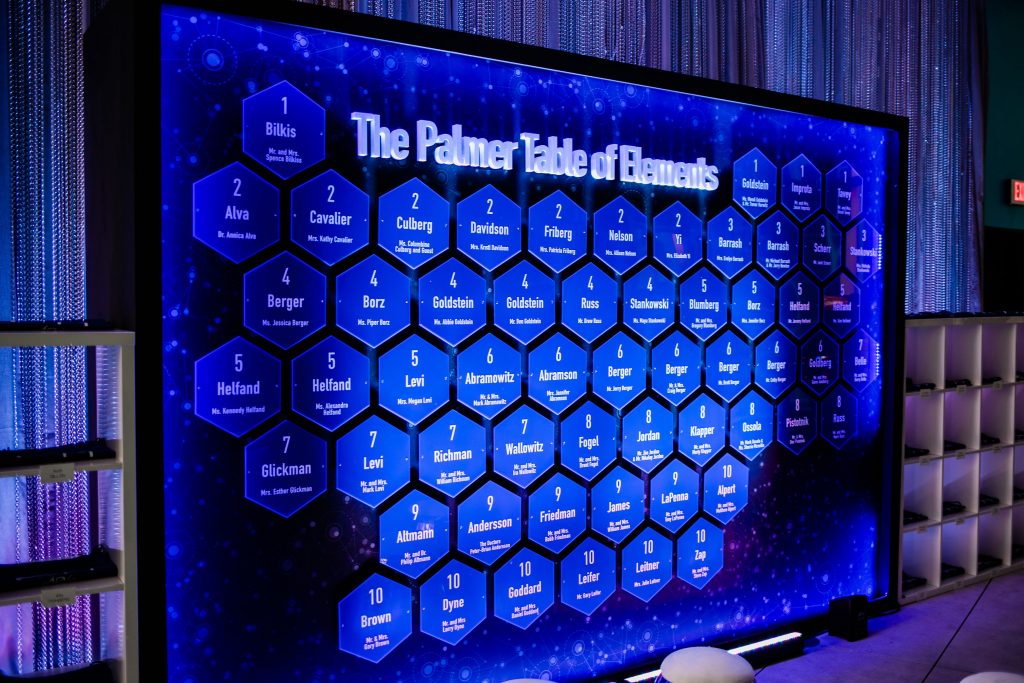 Guests found their seating assignments at an oversized version of the Periodic Table of Elements, aptly re-named after Palmer. 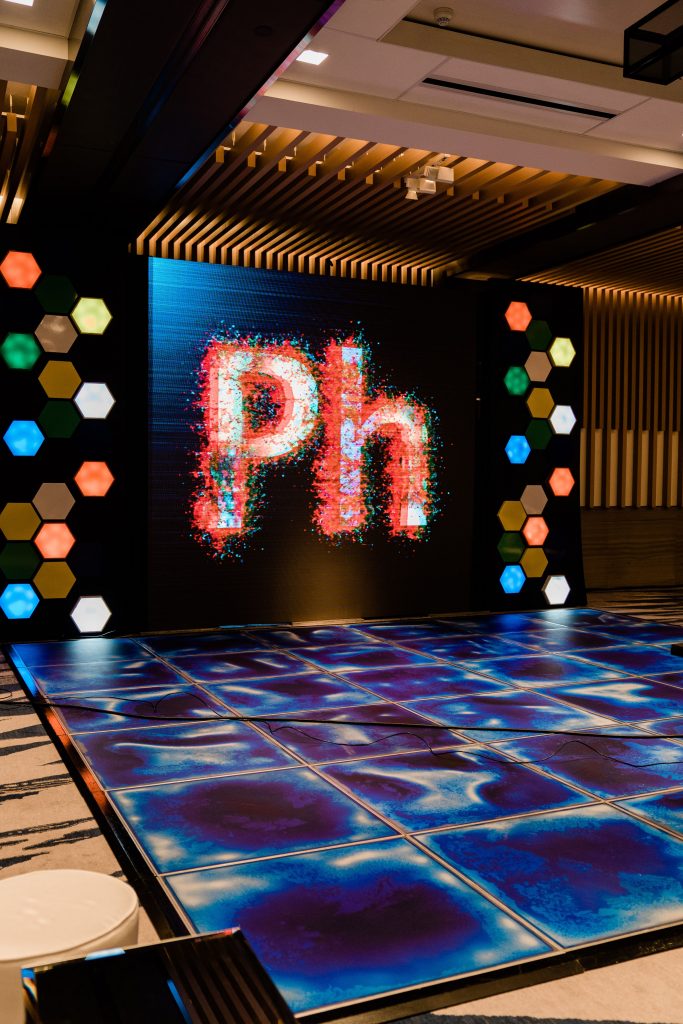 The stage was grounded by an interactive LED wall, where guests could interact with their own avatars as they danced on a liquid dance floor. 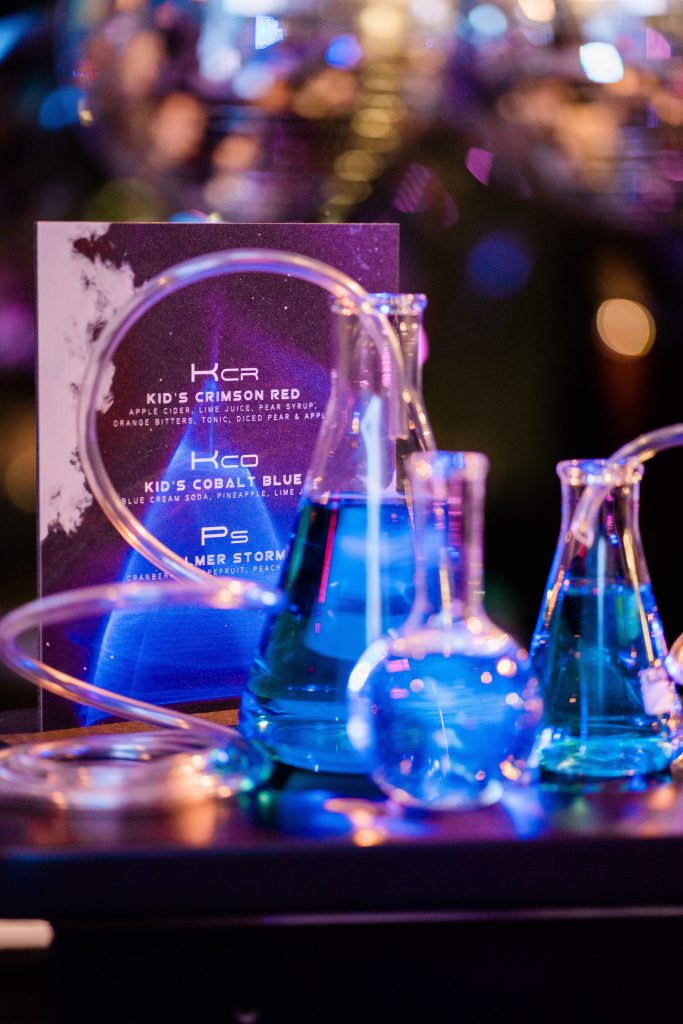 The decor and styling featured test tubes and beakers. 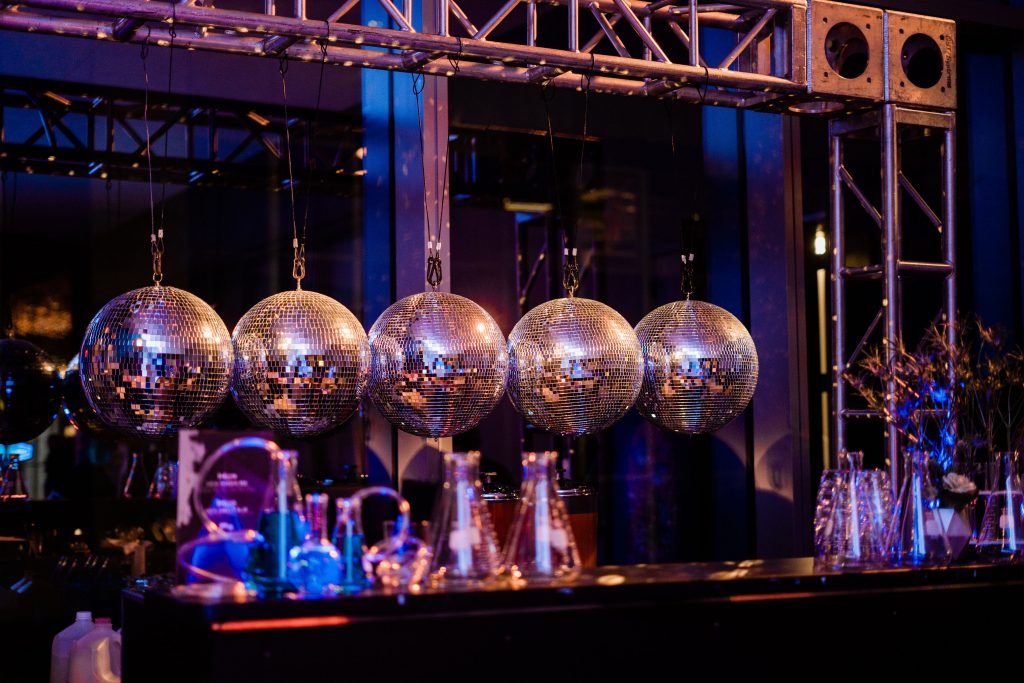 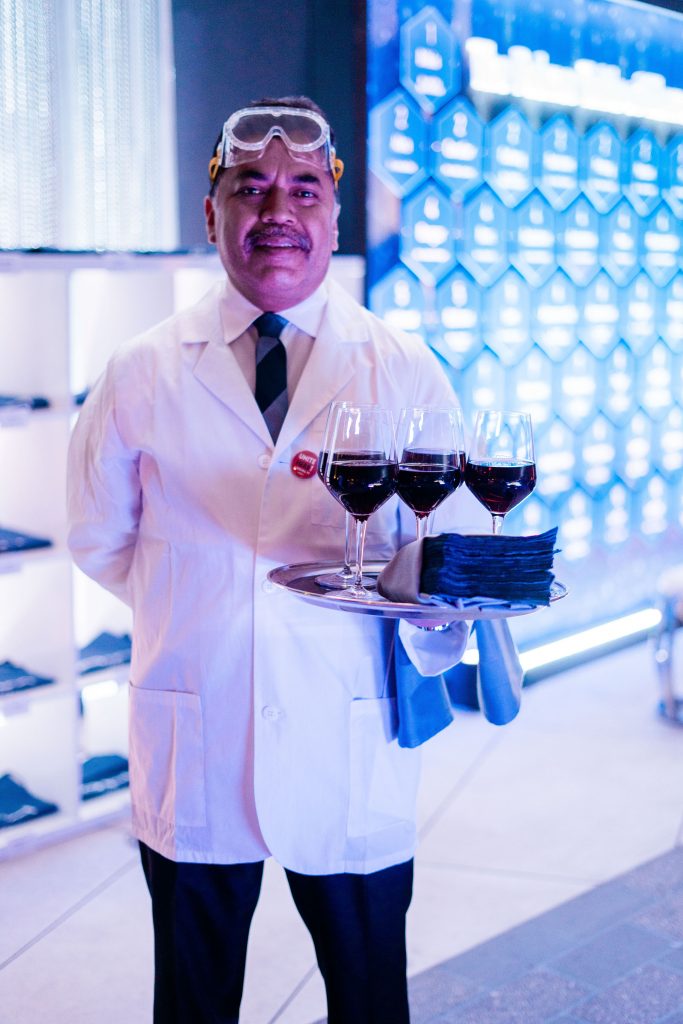 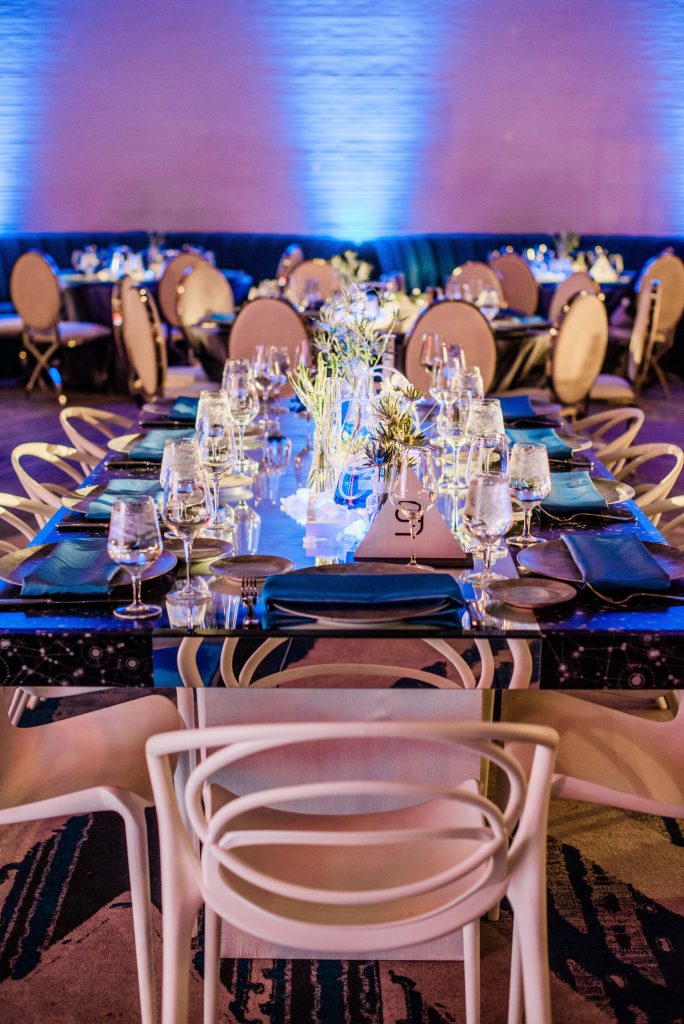 Modern seating vignettes with vinyl embellishments designed around the constellations donned each table. 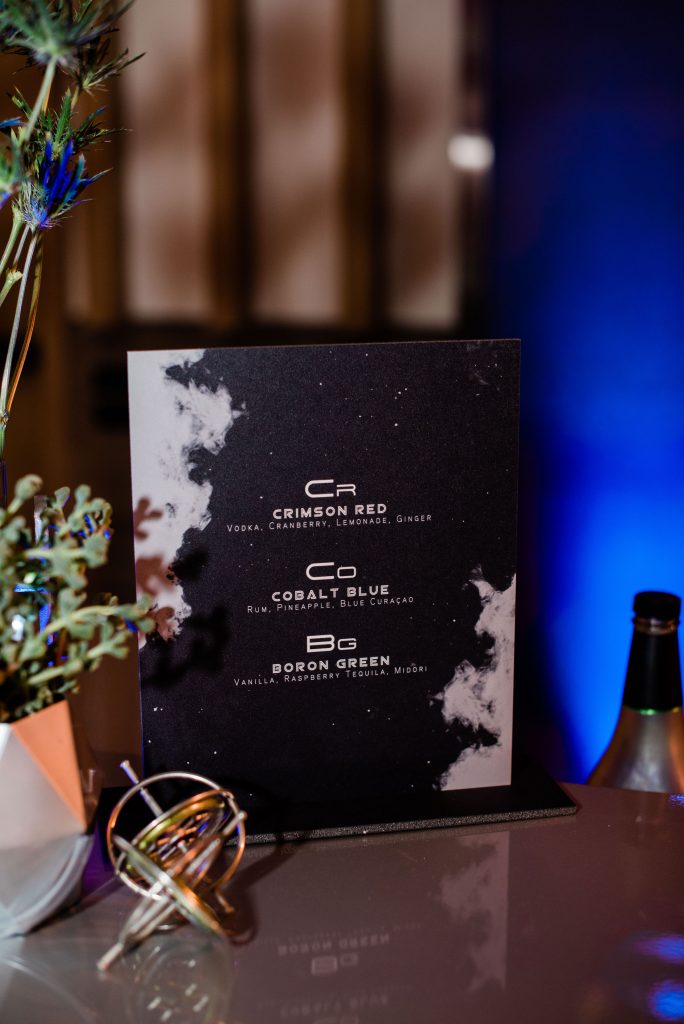 While the food and bar menus were modeled after the elements. 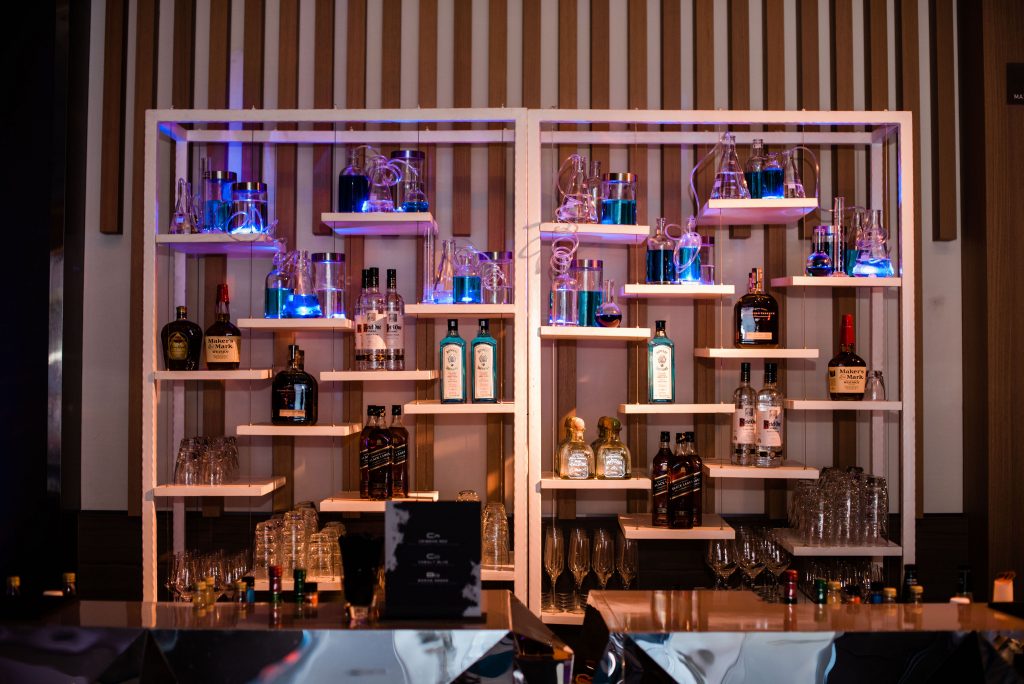 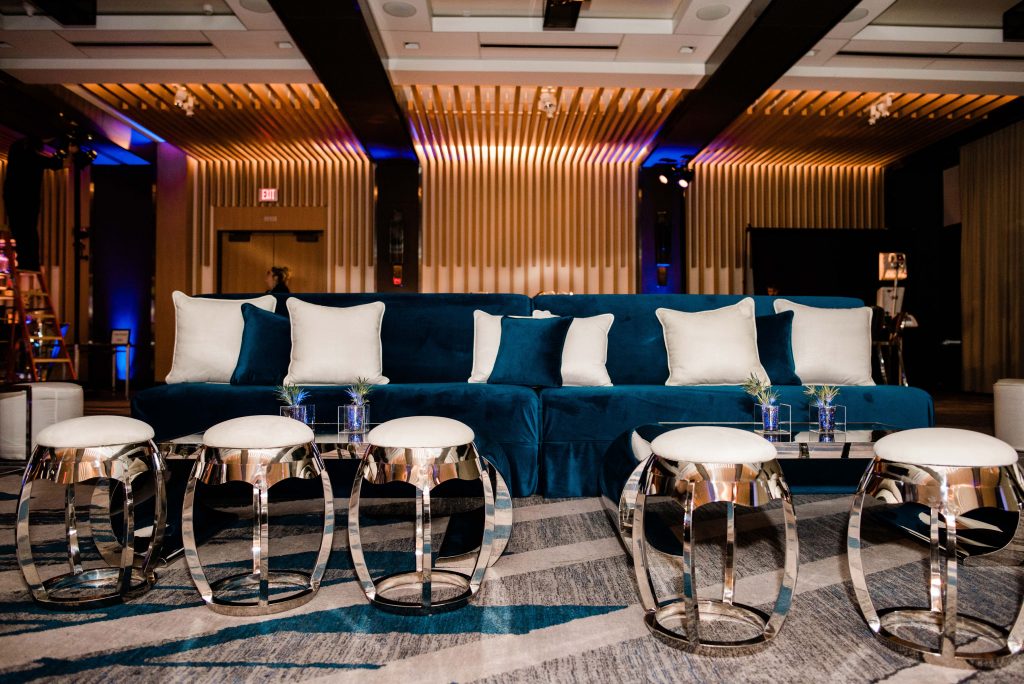 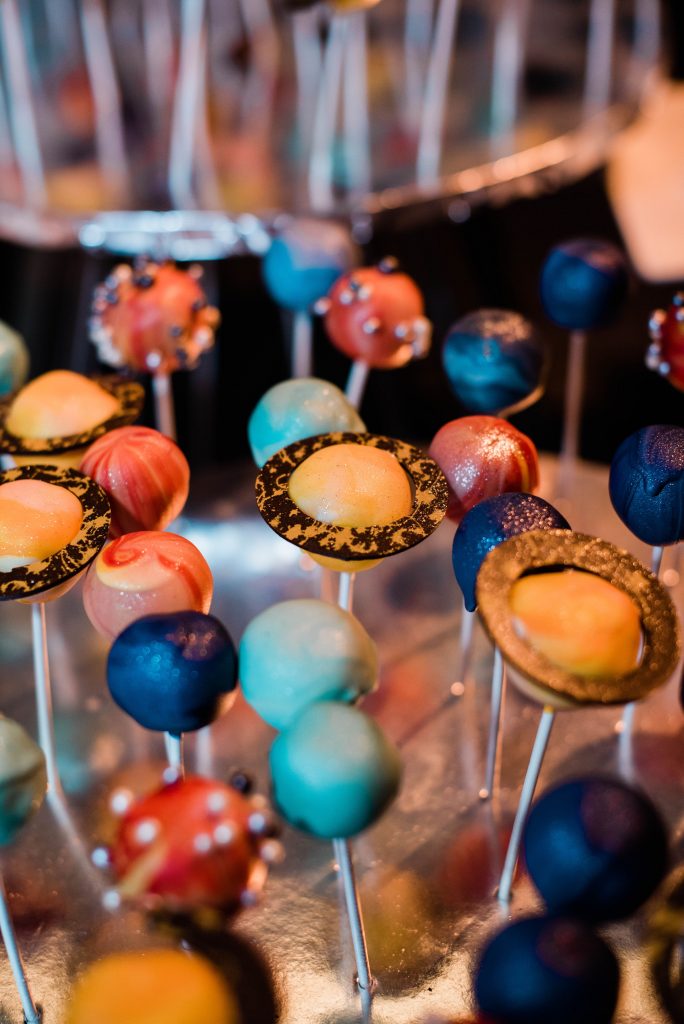 Planet-themed desserts and cake pops rounded out the evening!

Check out the feature of this event on Party Slate!

Looking for something specific?